“Toronto has different strata, you know, like archeology?” He looks at me, sweeping his hand in front of his body in a straight line. “There are so many layers to Toronto. And in my head, I see what’s beneath the layers, what used to be there.” Such is the case at Yonge and Eglinton where author Terence M Green, now 68-years-old, grew up: “There used to be a huge car lot and a Woolworth’s store there. I always see the Toronto underneath.”

I work with Terence in the writing department at Western University in London, Ontario and over a few pints of post-semester beers in April we got to talking about Toronto; he offered to take me a on mini-tour of a city where he’s lived his entire life. His parents were Irish immigrants escaping the potato famine in Ireland between 1846 and 1851 and met in Toronto’s Cabbagetown, so named for the Irish immigrants’ cabbage plants that still grow in the gardens.

Toronto was the inspiration his trilogy, The Ashland Saga, which he calls autobiographical fiction because it’s loosely based on his grandfather who raised two kids alone after both of his wives died. I read A Witness to Life, a heartbreaking story of Martin’s life. And true to Terence’s memories of old Toronto, Martin worked at the Simpson’s department store formerly at the famous Queen and Yonge location. “Eaton’s and Simpson’s were the biggest stores in Canada. I still remember going down on a Saturday with my mom to shop–they had everything.” He feels much the same way about Toronto, despite its flaws and idiosyncrasies, it has a bit of everything, from everywhere, and that fascinates him to no end. 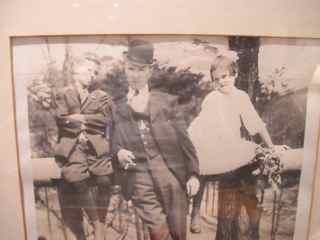 Throughout our conversation he comes up with the loveliest images and metaphors of an ever-changing Toronto.

Even his house in Leaside, northeast of downtown, is an example of the strata metaphor. Once a railroad shipping area, his house was a typical two bedroom bungalow built for the railroad workers, until he tacked on a second level. Layers of Toronto. Today, few of these bungalows remain. “They’re ripping them all down to build these monster houses.” Leaside was working class families; now, Terence isn’t quite sure of the demographic. “Certainly not writers!”

The former railway is now a Longo’s grocery store, started by a Toronto family! 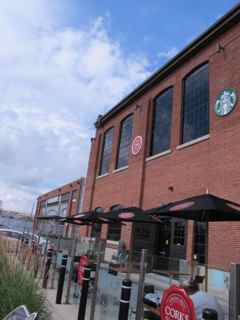 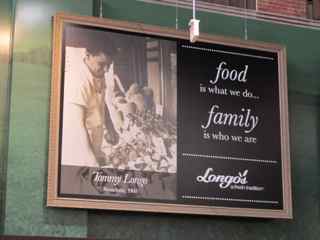 Looking at the ceiling, Terence marvels at the building. “They were still able to maintain the integrity of the old station.” 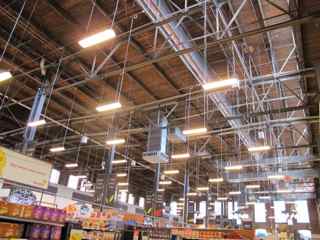 Toronto also baffles Terence. “We were a city built for one million, now we’re almost six, and yet we still have the same infrastructure for one million–same amount of roads, transportation, electrical…we’re bursting.” He explains that the city grew rapidly in the 30s, 40s’ and 50s, and then in the 60s, building of new infrastructure effectively stopped, but that the people kept coming. “It’s like growing up when your body is changing and developing; it’s all strange and it’s an amazing discovery.” So, is the city stuck in perpetual puberty?

The city of Toronto includes the 5 former boroughs, later cities of East York, North York, Scarborough, Etobicoke and Toronto. While separate entities, they shared police and transit, for example, under the umbrella of Metro Toronto, a separate level of government that Harris disbanded.

The Mike Harris government amalgamated them, despite a referendum result overwhelmingly against.

The GTA is the region, also including the separate cities of Oakville, Mississauga etc…

And despite not saving money, or making the city run more efficiently, the hoods, have stayed true to their roots. Language signs change on store fronts and street signs reveal mini countries: Little Portugal on Dundas; Little Italy on College, now mostly Portuguese; Jamaica on Eglington, Little India, Korea Town, at least 4 Chinatowns (2 of which are now mostly Vietnamese), Greek, Jewish, Russian, Somali and many more all have large, thriving communities. And on and on.

One street in any direction can mean the difference of worlds: turning onto Spadina’s Chinatown from Queen Street, where I live, shop keepers spread out their wares onto the sidewalk everyday. Imagine smelly salted and dried fish, bok choy, tiny oranges, long green beans and little black things that look like cow dung–what they are I have no idea. Bakeries sell fluffy white pastries filled with bright pink mung beans. Little Chinese women sell souvenir jade trinkets spread out on blankets and clothing shops sell neon dresses made for 20-year-olds: two for $20. The energy, sounds and sights of each hood are different.

Having biked from Queen and Spadina, when I approached Leaside, I have changed planets: the shops and restaurants of downtown are replaced with car dealerships and a four lane road that gradually climbs from the lake. This place is alien. And, it certainly would be foreign to Joseph Kilgour, whose widow sold the farm Sunnybrook (replaced by this monstrous road), on the condition that the area would never be developed.

When Terence grew up, Yonge and Eglinton were considered the northern boundary of the city. Today, that area is in the geographic centre. The city keeps seeping further and further… To the south is Lake Ontario so it is fanning out in all directions north with every imaginable nationality, too. As a high school teacher for over 30 years, “when I first started it was mostly white and then by the end I couldn’t pronounce any names…it’s a city of immigrants and I’m in the minority now.”

On a mini driving tour of Leaside, we turn a corner into the neighbourhood of Thorncliff, which is 80% muslim families, the largest in Toronto. “It’s also got the largest elementary school in Toronto, something like 1,600 students.” Full of families walking kids, bikes and dogs, it’s also quite peaceful. “This place has like no crime,” he adds.

The neighbourhood is mostly apartment buildings and not much else, except a shopping mall named the East York Town Centre, a leftover name from its former Borough, that hasn’t changed since it was built in the 70s. 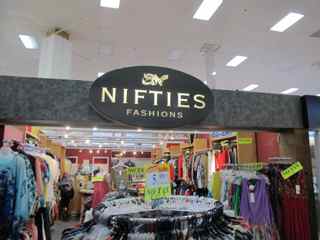 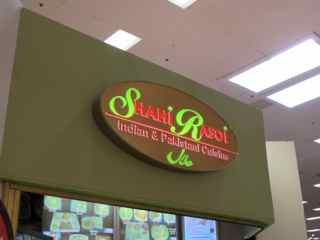 Not surprisingly, the liquor store in the muslim neighbourhood is pretty empty.

Driving back to his house for a barbecue, back near the old Railway station, we cross over railroad tracks that don’t go anywhere. He offers up one last metaphor: “Toronto is a moving target: just when you think you’ve defined it, it changes.” But isn’t that wonderful? A city beyond definition. Not one neighbourhood, not one language or food. The powers that be might want to smash it all together and make one cohesive city, but it’s impossible–as long as the East York’s and Little Italy’s of the city have anything to say about it.