My first memory of the CN Tower, or, I should say, my dad’s first parental nightmare was me spread eagle face down on the tower’s glass floor. I was about five: “It scared the crap out of me, Melanie Anne.”

Why do parents use full names when they’re pissed?

Today, I returned to the epicentre of tourism in Toronto; however, last time I was here, most of this didn’t exist: Ripley’s Aquarium is new, and Steam Whistle Brewery, located in the former CPR rail repair station (circa 1929), was just a derelict mammoth building; there wasn’t even a street between the tower and brewery. 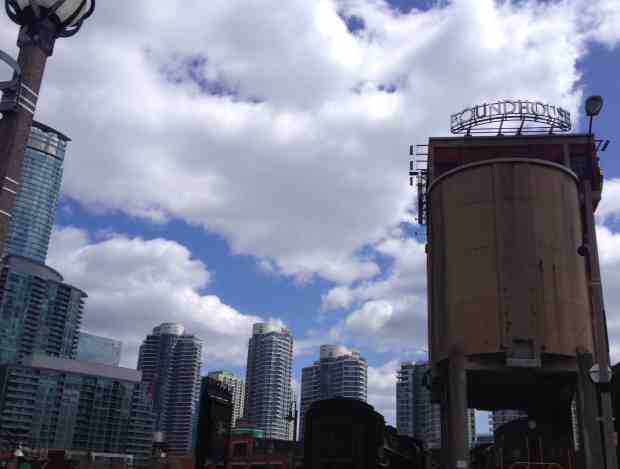 I only have so much energy for touristy things–I love people, but crowds make me want to hurt someone. So, I choose a Steam Whistle Brewery Tour and dinner at the CN Tower restaurant.  Both are iconic Toronto buildings, and, imagine revolving around the city and eating at the same time? What’s not to love?

I’m not a huge beer fan, but I do love good marketing and Canadian history; Steam Whistle has nailed it on both counts. You can see their retro green bikes and trucks out-and-about in Toronto. They even have mini bike repair stations set up in the city, concerts in the summer, retro beer openers….And, most of all, I love that they took this iconic historical railway repair building, all 46,000 square meters, and turned it into a place for visitors to see Toronto; even if our country isn’t quite connected from sea-to-sea by rail anymore (Newfoundland’s rail was ripped up 1989), at least the idea of a united transportation system is nostalgic.

SW’s story is also tied to the history of Canadian craft beers. In the late 1920s E.P. Taylor, an affluent businessman, amalgamated over 20 breweries and called it the Canadian Breweries—the world’s largest brew company at the time. When the big guys like O’Keefe and Molson absorbed the company, craft beer fizzled, until the 1980s renaissance. Enter Steam Whistle. A similar story evolved.

When Sleeman bought the Upper Canada Brewery, Greg Taylor and fellow employees were…unemployed. D’uh. That’s when Taylor and two others decided to open their own brewery. Three Fired Guys. Realizing the name was not market savvy, Cam Heaps, one of the trio, decided Steam Whistle encapsulated their ethos: “This is an icon that no one, other than Fred Flintstone, owns. Everyone works hard and at the end of the day when the steam whistle blows you have that reward,” says Taylor. But the Fired Guys’ story wasn’t lost: 3FG appears at the bottom of every green glass bottle.

Shane, our tour guide tells us about beer production, but walking through the production line I can’t help but think of the show Lavern and Shirley.

We learn some cool stats: 22,000 bottles are filled daily. It takes 28 days to make a batch of beer; and if you work here for five years, the company sends you to Octoberfest in Germany! (Their only beer is a German style pilsner). On the line, music is blaring as the 20-something employees check cartons– a good place to be at this age. Click on the link to see a mini video!

God, did I just say that? Gesh, I’m getting old. Wait, let me take out my stick and shoo you off my lawn.

The other thing I like about this company, which I guess is also tied into their marketing strategy, is their loyal following. The company has artists’ events –to which some include the SW logo– or other artists just send in SW-inspired pieces. 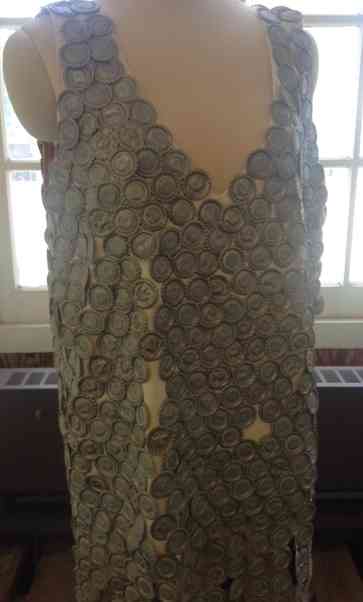 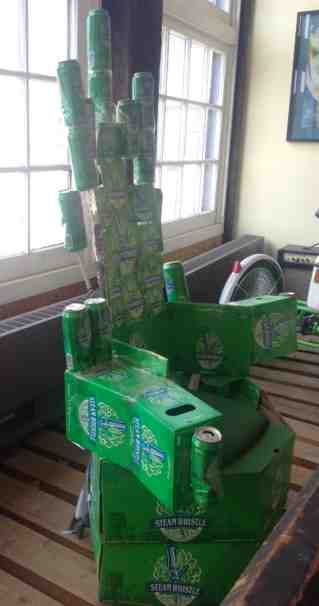 See, the company has even managed to make a non-beer lover gush! I’m a sucker for a pretty package.

After a few brewskis, I waddled across the street and up the elevator of the Tower.  But not before going through TWO body scanners. That wasn’t here last time. Moving at the speed of two floors every second, my ears kept popping.

So named 360 because the restaurant rotates a full 360 degrees, it takes 72 minutes to complete a rotation. Look at these aerial views of Toronto! Feeling oh-so-touristy, both of us couldn’t stop pointing out buildings: “oh, look, my apartment!” “Is that …?”

Felt like a total geek, but loved every minute. 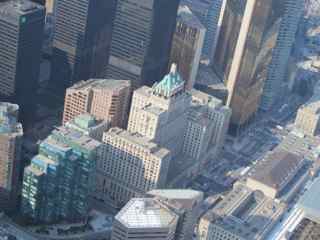 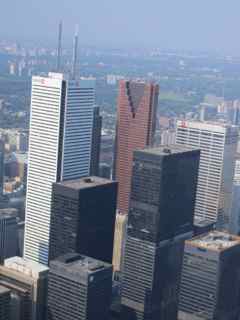 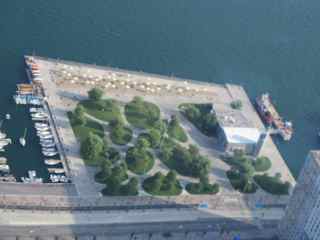 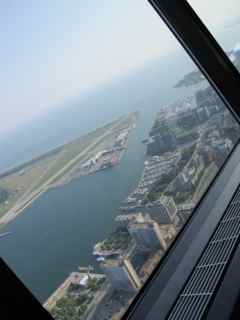 When the Roadhouse was built in 1929, the Royal York Hotel was the only other building in the area.

The Island Airport– a contentious issue for many Torontonians–and rightfully so.

Dinner was divine: duck and Beamsville sour cherries, local from the Niagara region; Liz had lobster gnocchi. “Is it a full lobster? I don’t know how to eat those!”

Luckily, it was only a wee tail, but oddly enough, it still was a challenge for this adorable Luxembourger! 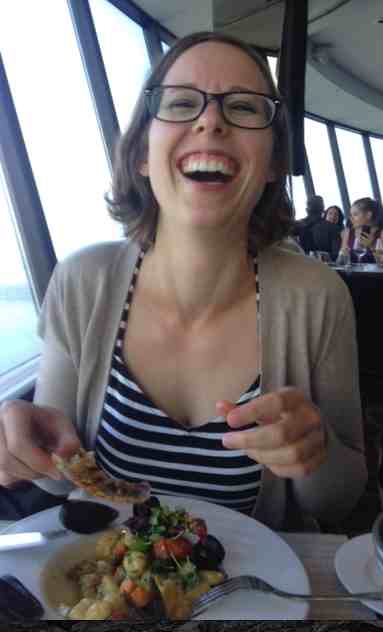 We topped the night off with a little tour of most likely the world’s highest wine cellar; this room held 3,000 bottles, and downstairs had another 9,000! Liz asks what kind of restaurant guest orders the expensive ones, like this $1,500 1966 French Chauteau Palmer. “You can never tell. It’s not the one’s wearing the fancy suits–often it’s the most unsuspecting guests wearing jeans and completely laid back,” says the expert Markus.  So, there is hope for me?

Au revoir for now my friends. Just a reminder that I am in Algonquin Park all weekend–running away from this computer! 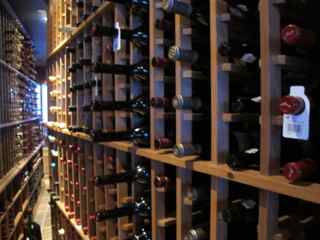 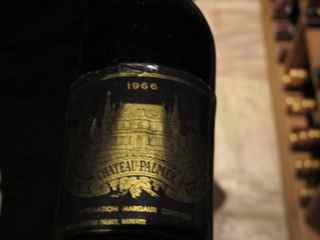