I don’t think I’ve ever really given my burial much thought. I’m quite ambivalent with the whole death thing; I still think it won’t happen. Somehow I will be the one that lives forever. But spending hours on a tour of Toronto’s Mount Pleasant and Necropolis Cemeteries in the centre of Toronto, seeing how some of Canada’s most famous and loved politicians, war vets, athletes, business people, celebrities, are buried– you can’t help but wonder: how will I want the living to visit me?

Would I get a granite solider riding a horse like Steve Stavro, of Knob Hill Farms fame and former Maple Leafs owner? Would I be placed in a crypt (my entire casket in a mausoleum) like many Portugeuse and Italians? Or, if my family were the Eatons, of the now defunt department store empire, would I want to be nestled inside the family mausoleum guarded by two grand lions and Romanesque columns? Or, maybe place my urn amongst photos of my cycling glory days like the one’s behind glass in the public mausoleum? 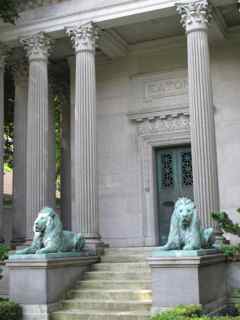 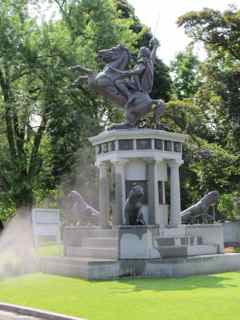 Or, will I do something so extraordinary like Sir William Gage, responsible for the first sanitarium in Canada, and countless hospitals in Ontario, and have a family mausoleum?

This is Genevieve’s interpretation of the site: I love that she choose a happy yellow. There’s nothing dark or sad about these sites. 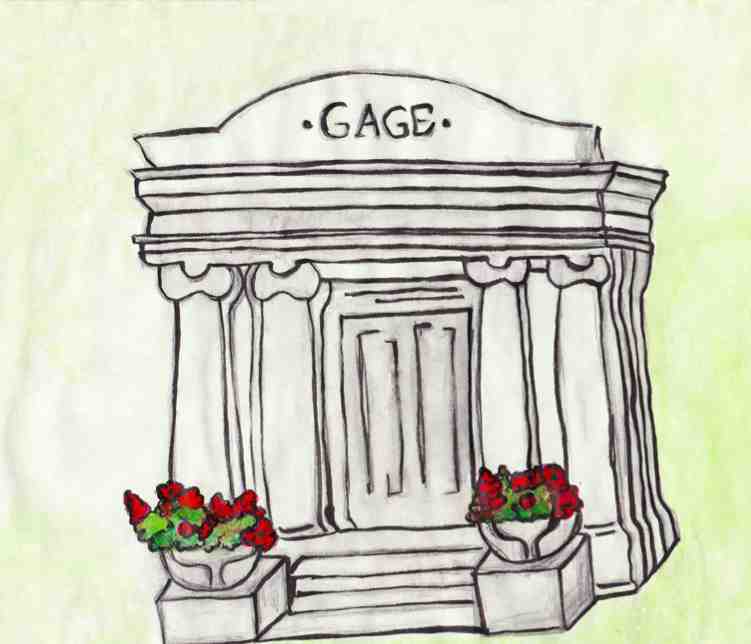 I could go traditional–a regular tombstone and inscription? Weir takes me to one of her favourites. In this business for almost 15 years, she has a lovely, gentle voice when she speaks of the cemetery and hockey legend Charlie Conacher’s grave. “I’m not even a hockey fan, but I love the curved lines of this one. It’s different. Smooth. Elegant.”

Dressed in a white suit and perfect nails, I ask Weir what sculpture she’d get for her site: “A rocking chair.” With five children, and a slew of grandkids, Weir is the consummate mom and natural fit to manage this cemetery. 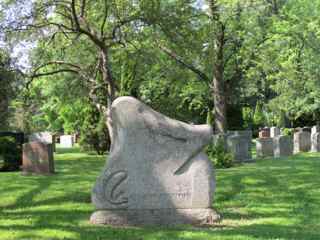 Or, would I want my best friend to push a button to which my casket would emerge from a steel opening in the floor and be pushed into the the crematory oven? Witnessing one’s cremation, once only popular with mostly Hindu and Buddhist, the ‘witness room,’ is becoming more mainstream. Mary Ellen, the crematorium operator, demonstrated the latest and greatest device: “it’s state of the art. Zero emissions and faster–about 90 minutes to cremate.”

Or, maybe, like one woman, I can turn my partner’s casket into a coffee table: “she had the body put in a plywood box and then had someone make a table from the beautiful casket.”

I’m struck my the amount of ways one can be buried, or commemorated. I’ve been to cemeteries around the world: saw Jim Morrison’s grave in Paris’ Lachaise, hundreds of white crosses in Italy’s war cemeteries, Jewish tombs that had been knocked off and buried to hide from the Germans in Krakow Poland and graves glowing in lights and family on Christmas Eve in Norway, when Norwegians celebrate the dead.

But here, in one of Canada’s most famous cemeteries, that employs a full time arbourist tending to the largest collection of trees in Canada, I’m struck by the amount of ways one can be buried: “we like to honour all cultures here,” says Weir. That’s Canada for you. I wrote a story ages ago about the funeral business and trends, so I ask: “many of these gravestones are quite traditional, does anyone ever do any anything different?” Oh yes, she takes me to a site with a black marble sofa. “See.” 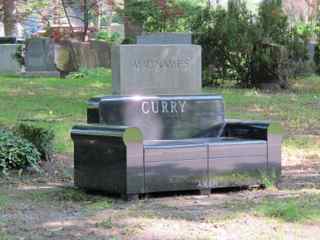 Or, would I be buried in a mass grave after a tragic accident? Two years before the Titanic, The Empress of Ireland sank killing 1027 people– more than the Titanic. Twenty two are buried under this sleek monument with waves swooshing out of the stone. 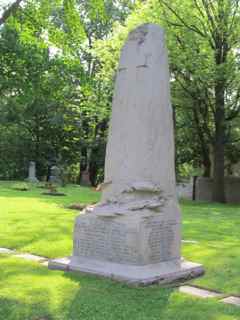 As we drive from site to site throughout the 205 acres of immaculate lawns and flowers, I can barely hear the traffic on nearby Mount Pleasant Road and driving around the cemetary we often slow down for cyclists, joggers, and dog walkers: “this place is part of the community…we really invite the community in…there’s concerts every saturday that average about 100 people.”

Created around 1826 when the former cemetery on Yonge and Bloor was becoming too residential, and to accommodate the many new Canadians that were not Catholic and Anglican–the only two denominations at the former site– Mount Pleasant was open to all religions.

Another cemetery managed by the Mount Pleasant Groups is Necropolis, and another site that accommodated the graves moved from Bloor and Yonge. We drive to Cabbagetown, so named for the Irish ancestors who planted cabbage plants in front of their houses, Heather and I get to talking more about Toronto: “It’s a shame about Eatons going under,” I say. “I know, my mom and I would take the subway from home and go to the Eatons and Simpson’s stores. It was an event.” We drive down Howard Street, a short smattering of rooming houses and derelict abandoned homes. “It’s shocking that one block away is Rosedale.” She’s referring to one of Toronto’s most affluent neighbourhoods. 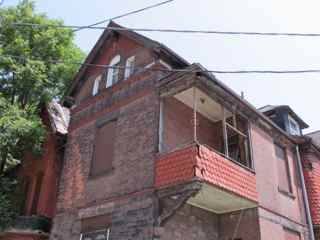 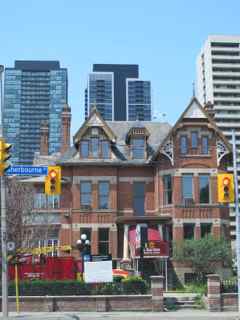 Arriving at Necropolis, only a fraction of the size of Mount Pleasant, the feel is bucolic and rustic; the ground is uneven and full of mud patches. A quaint church and wooden fence at the entrance is fairy tale-like. 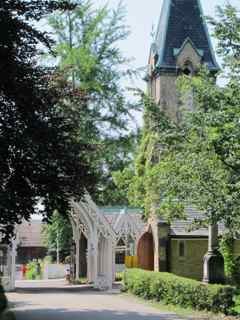 The first site we visit is Jack Layton, the former NDP leader, city councillor, avid cyclist and much loved Torontonian: “his wife, councillor Olivia Chow, who used to be an artist, carved this bust for his grave.” Can you imagine loving someone this much? 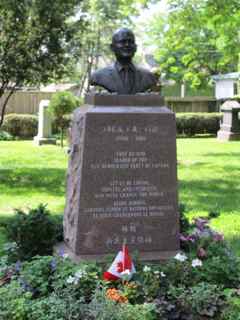 Walking down a steep embankment, I recognize names on the stones: Hanlan (as in Hanlan’s Point on Toronto islands). Bit by bit, seeing these names, hearing the stories, I feel more connected to Toronto, my new home.

Eating my lunch on a bench in the sun, I know how I want to go. Earlier in the tour, Weir stops in front of a forest, it’s too dark inside to see much: “it’s a scattering forest… it’s left as a wild forest and you can have your ashes scattered here.”

I am certainly more forest than mausoleum; more wild than manicured; and more scattered than complete.