All in a day of travel

Today I saw a man get hit by a car. About 50 meters away, I saw his body hit the front hood, but it was the sound that I can’t get out of my head. The dense thud of his body hitting the metal and then the flop of his inert body on the pavement. I thought he was dead. Grabbing my mouth in disbelief, I ran to tell someone at the hostel. But there were people on the street before I turned around. I’ve never seen anything like this and even as I’m writing over dinner, I still can’t get the image or the sound out of my head. How could he survive? I heard it.

I’m not surprised that it happened, or that I would see this during my time in Peru. I think I have mentioned that cars here have no respect for people. The guy was sprinting across the road when it happened. Cars just do not stop.

But don’t let this fool you. I was relieved to get off the all night bus, even if it was luxury– I paid a bit extra for the VIP Santa Del Cruz since it was 10 hours and had my own movies and even a dinner–that was better than most plane food.

Arriving at 9am, a taxi to El Carmelo was dreamy: ranch-like spot off a busy road, with a pool. Guess what I did after a wicked coffee? Oh yeah. It’s a good thing because Ica is desert country–in fact, some of the highest sand dunes in the world are here.

For the rest of the day, I was off on some winery tour: Ica is the Peruvian Napa.

We went to two wineries. We as in the cabbie that brought me here and Doris, a Japanese American teaching English in Arequipa. The cabbie, Jerry, had a plastic binder full of tours ready to wisk me away to wherever my touristic heard desired–Jerry would later come a little unhinged. More on this later.

The first place, Tacama, is one of the first wineries in South America and could be comparable in size only to like a Jackson Triggs. The wine here is actually quite good so that is where the comparison ends. The fifth generation winery dates back to 1890’s — the 250 acre farm –with pink plaster building is like Sante Fe Western style. Driving in, it was amazing anything grows: cracked earth under the grapes shows just how little it rains here. A winery in the desert. Apparently, however, that is a good thing: the desert protects the grapes from infestation. www.tacama.com 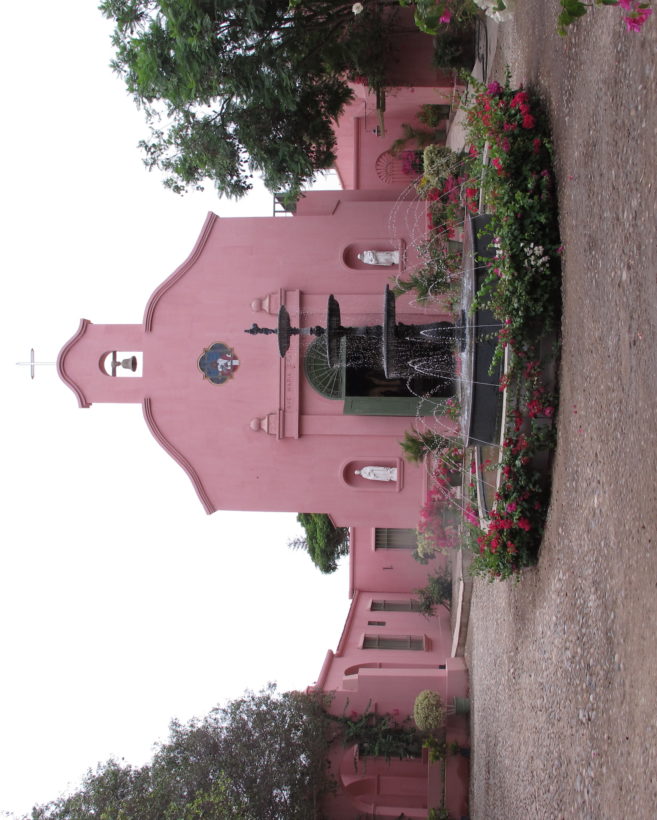 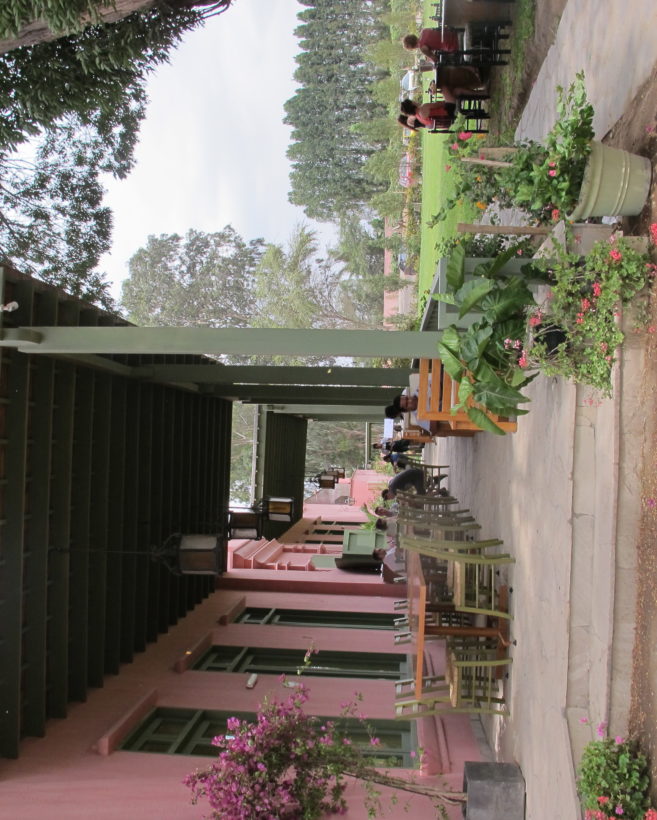 We had the customary tour, which I should have avoided, I know how wine is made, but I did find a bit of the history interesting: the former convent is a fifth generation family winery. It specializes in a few sparkling wines, dry whites and pisco, of course. My new American friend Doris and I split a bottle of dry white, a blend that included one of my favourites, viognier. Citrusy. MMM. Didn’t take long before I could feel it. It’s been a few weeks since I had a drop of wine. Add that to a strict diet of bread and soup from my bacteria infection–cheap drunk!

The dusty hot wind was blowing as we sipped our cold glasses full of sweat droplets. So good. I feel like this is a reward from the past few days of gastro hell.

By now, Jerry our cab driver, was blasting the salsa tunes in the car. It’s as if Jerry was the one doing the wine tasting. By the time we got the second winery, no formal tour for this one, Jerry was dispensing samples from the clay jugs and pulling us up to dance. This place, Lazo, is an artisanal winery, and total rancho-relax-oh. Cowboy paraphernalia all over the place: leather and metal spurs and straps dripping in a thick coating of dust and cob webs. 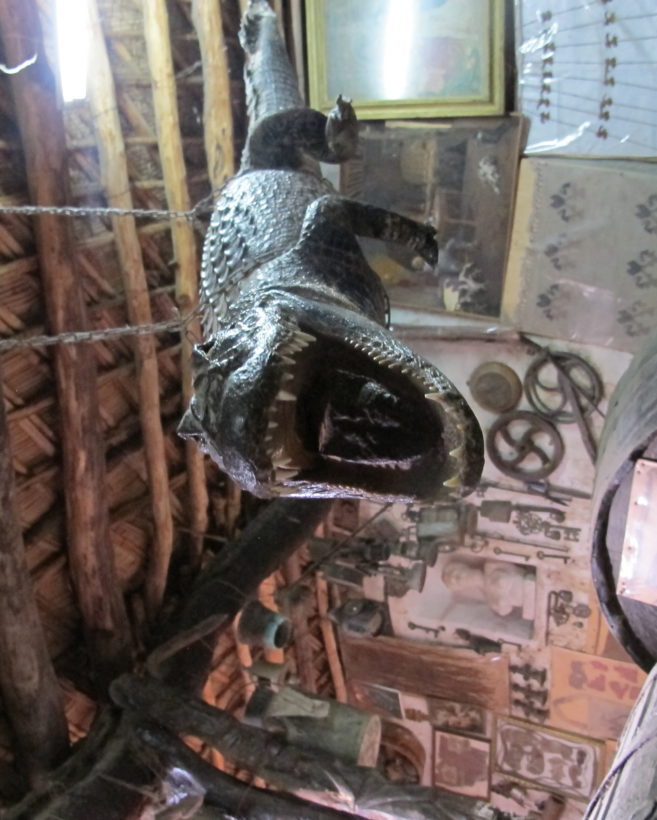 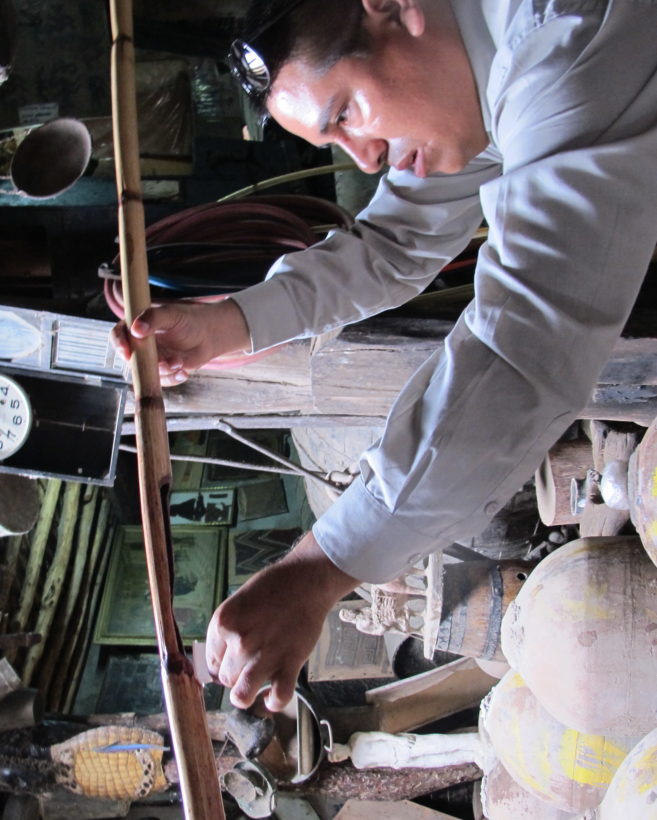 But it was this guy that stole the show. A Peruvian version of my old dog Stella. Sigh. I just sat on the dusty rock floor and pet this guy; instead of tasting more wine, I nestled up to him and just cupped his lovely face. 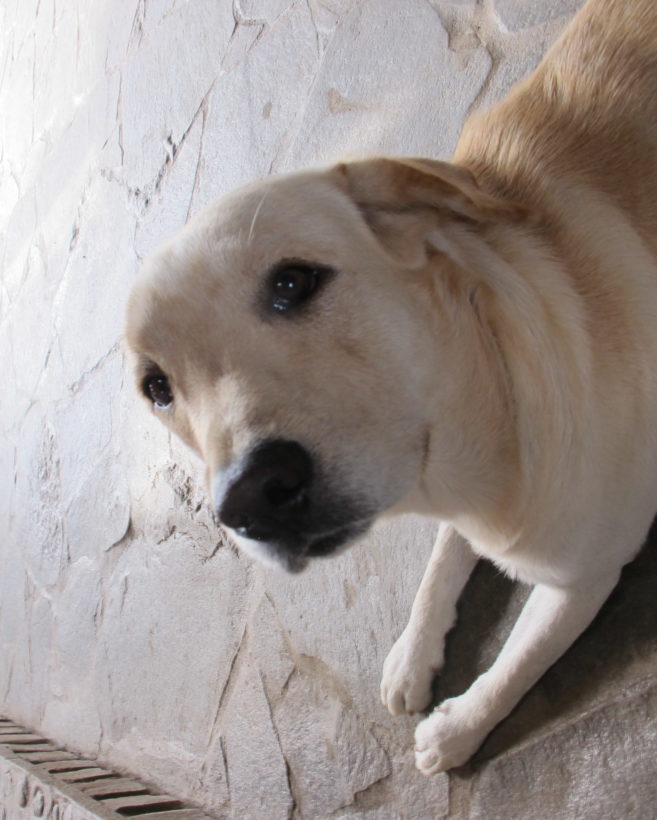 It’s amazing how many emotions you can go through in one day while travelling. I think another dip in the pool, this one under the moonlight, is in order to finish this day.