Day 16: The wind beneath our wings. Toronto Sailing.

21 Jul Day 16: The wind beneath our wings. Toronto Sailing.

I let out a yelp as the boat starts to tip: “can you get up here?” My cousin Jodie is sitting on the boat’s edge, leaning way back, almost parallel with the water. “Do I stick my feet under this strap?”

I slide the top of my feet underneath and lean back. The boat starts to level as we glide toward the CN Tower. Wedged between a tanker and a stream of yachts, I wonder:

Can you get run over by a boat?

“I hate coming out into the inner harbour because the winds are so unpredictable,” says my cousin Jodie, who’s been trying to get me to sail ever since I moved to Toronto. Inner harbour is the waterway between Toronto and the islands–right now we’re sandwiched in the Eastern Gap, a narrow channel (660 feet) between the western edge of the Port Lands, where freighters dock, and Wards island. We’re on a two-person 15-foot albacore dinghy, which is to say I control the smaller sail called the jib and Jodie, behind me, controls the main sail and steers the boat.

As a Maritimer, I always assumed I’d do this on the Atlantic ocean, not as a Torontonian, on Lake Ontario. My misconceptions about sailing, and especially sailing in Toronto, are deeper than I thought.

Biking down to Cherry Beach, beside the Gardiner Expressway — an elevated concrete roadway– we ride through a series of construction nightmares, broken pavement and gravel before stopping for groceries at T&T, a Chinese grocery store, if you consider hamburger shaped candy and kitty shaped dumplings food? 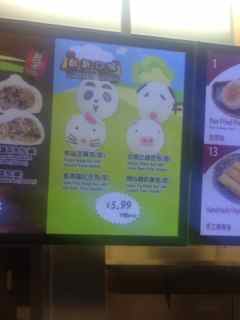 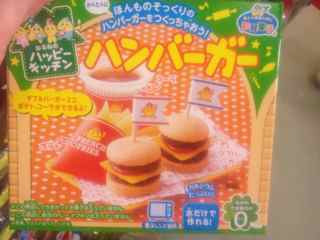 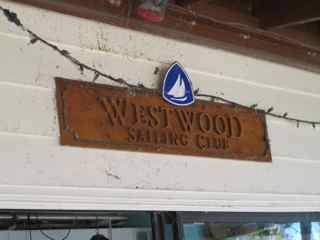 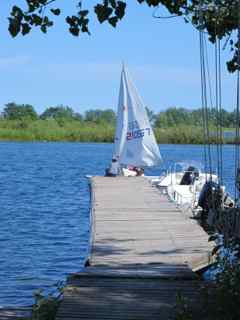 Sail in Toronto without owning a boat.

Stepping onto the back deck, where are the sailors drinking martinis and wearing white sailor hats? I’m not that daft, but still surprised: inside through the glass patio doors, the place feels cottage-like with boardgames and paperbacks stacked in a corner, simple blue Ikea sofas, a chalkboard indicating winds, and tupperware of communal food. It’s Thursday Social Night, one of many regular social events the club hosts throughout their season, late March to October, which extends into the winter, too. Nothing pretentious here.

Jodie explaining tacking: “you never head straight into the wind, that’s called into irons.” With the wind hitting the boat straight on, the wind has nothing to catch. 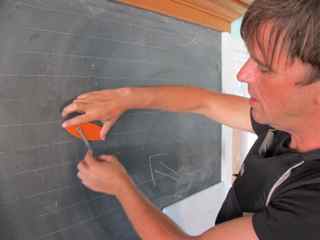 Westwood is one of five clubs on this stretch of Lake Ontario waterfront and each club has their own flavour (i.e. Westwood has albacores, two person dinghies, catamarans and one person boats called lasers). www.westwoodsailing.ca

Formed in 1967, the club formed as part of a High Park neighbourhood program: “the YMCA began these clubs, sailing, bridge, and skiing in the 60s to give young adults something to do but smoke pot,” says Lyle Thompson, who became a member the year after it formed.

Eventually, the clubs broke off from the Y; today Westwood operates as a not-for-profit communal club. Meaning, when you buy an annual membership (about $500 for unlimited sailing), you have voting privileges for the club’s executive; as well, volunteering really gives members an investment in the place. Today there’s about 170 members.

Before setting out, Jodie and Anna begin hammering me with boat terminology: Boom. Jib. Tack. Painter. WTF? Slow down. I’m an experiential learner. Let’s just get in the boat and see what happens? 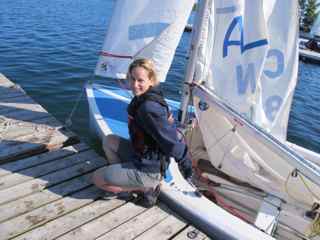 “When I say grab the boom, you hold on and pull it all the way over to the other side of the boat–make sure you duck because it can knock you in the head. I got knocked off the boat once. Wasn’t fun.”

Sliding off the dock towards Leslie Spit, a five kilometre headland created in the 1950s as a breakwater for the outer harbour, we have most definitely left downtown Toronto behind. Cormorants glide in front of us, and on the nearby Cherry beach rainbow coloured windsurfers criss cross the water like a performance of ballet dancers. On the water there’s a whole new set of guidelines, language, and animals.

“Ok, are you ready to tack,” says Jodie. He knows his shit. Pulling the line, the sail swoops left, and I shift my weight to the other side. The metal boom follows quickly. Wind fills up the sail and turns the boat — in happens in seconds. Tightening the lines, the wind feeds the sail. We move faster, faster. Inhaling the air, I have that feeling of swooping down a berm on my mountain bike; the bike knows what to do, so lay off the brakes, and let it rip: weeeeeeeee!

But it’s not long before it happens, again. “Tack!” Pull the line, duck my head from the boom, shift my butt to the other side. Eventually, I can predict when we’ll change directions. “This is more about feeling the wind,” I say to Jodie. “Yeah, it sounds odd to say but even when the water is a different temperature it can change the sail…” There’s a gut reaction to sailing, this is also something I didn’t expect. 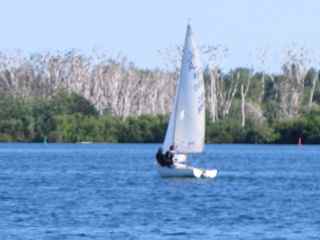 Back at the clubhouse, it’s busy — we have to circle the lake for about 15 minutes before the dock is free. In the kitchen, girls are preparing the night’s tacos. “How many people do we have–I think about 60 or so?” someone asks.

Tonight, there’s also many new members. “I’ve only sailed twice, but here, unlike the rest of the clubs, you can do a one month membership,” says Bettina, who drives in almost an hour and a half from the suburbs. “It’s a big commitment to buy a full membership–what if you don’t like it?”

Behind her another 20 something asks: “hey, is this mariachi band music ok? I take requests.”

Jodie slaps our fish onto the barbecue, as we drink wine and mingle. It’s dark and the patio is full. Riding home after supper, I can feel the sun burn on my face and my arms are pleasantly tired. It feels like biking back from a day at the beach — and all just a bike ride away. 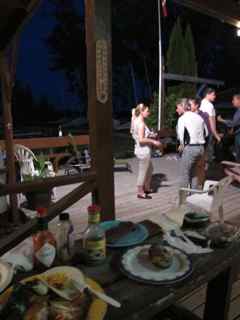 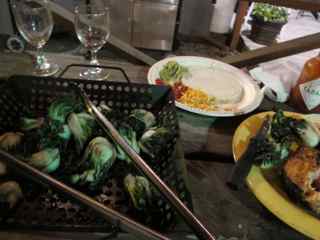