Day nine, ten and eleven: Cabin in the woods

12 Jul Day nine, ten and eleven: Cabin in the woods

“If I get up to get this mouse, yet again, I have impunity to fart,” says P.

Fine, fart all you want, just get rid of it!

At 3AM and unable to sleep, I wasn’t about to negotiate.

But, what did I expect? Described as a step-up from a tent, the cabins had little more than bunk beds and four walls. But they were so much more than that. To me, the ranger cabins of Algonquin Park are the Taj Mahal of Canadiana. 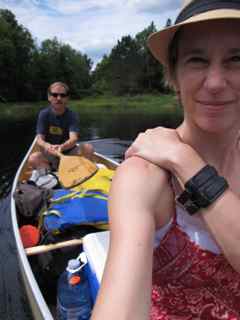 Built around the turn of the century, about 150 cabins were located about a day’s hike away from one another. Rangers lived in the cabins to patrol the busy park that included a railway, logging depot, lumber camp and fire tower. The railway was dismantled, the logging subsided and the jobs dried up and inevitably, the cabins were neglected. By the 70s, the ministry burnt most of them down saying they were too expensive to repair and maintain.

Then, around 1996, the ministry began to restore the 15 remaining cabins. Many are only accessible by canoe and portage–a classic Canadian way of hiking with a canoe on your head across a little island. To save time, we opted to canoe about 45 minutes across Farm Lake  to Kitty Cabin, which is one of the most accessible of the cabins.
“Is it just me or is this canoe a a bit shifty?” I could hear the frustration in his voice. “It’s not just you…” At every stroke the canoe changed direction. “Jesus!” I was losing it. But, minutes later, it dawned on us: we were backwards. “Ok, let’s switch, but not in front of the kids there–that would just be embarrassing.” Gawd, I am not a paddler. I don’t pretend to be, nor particularly want to be, a canoeist–it’s too slow for me. And plus, this thing doesn’t have wheels. What good is it?

Around every bend, P thought he saw the cabin. “Oh wait, that’s it.” The anticipation was too much.  Eventually, we saw the edge; the size was shocking: a palace made from logs. I’ve read about these cabins for the past year and now here it was and I felt giddy. Just as exotic as any European town or palace of Asian kings that I’ve visited in the past 15 years, it was more meaningful because it’s my heritage. It’s part of me. 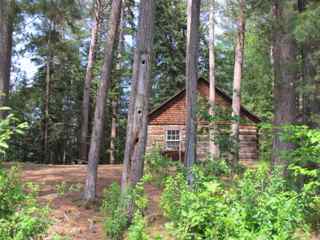 Inside Kitty Cabin, it was a veritable year book of names, dates and memories carved into the logs, or written on homemade carved boats and paddles. Even a family of pine cones hung from the rafters. 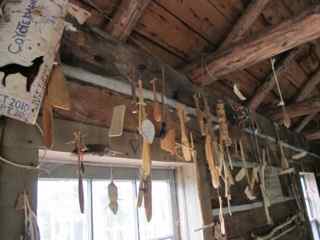 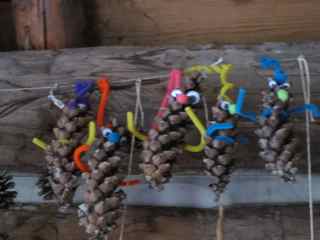 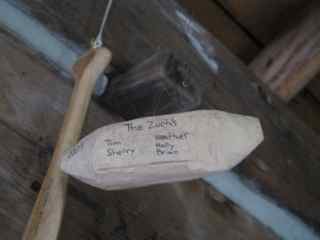 Kitty Cabin had little more than a wood stove, and bunk beds, but we managed to use a few of the saws on the side of the cabin, a homemade push/pull saw, and cut some wood for the fire to make a meal of trout, asparagus and risotto (I made this at home!) 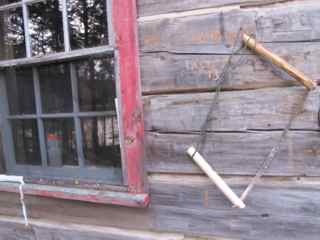 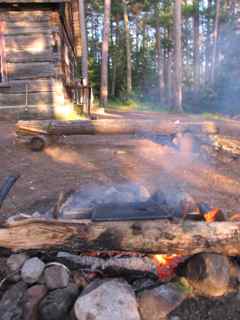 After a skinny dip, who-raw for skinny dips, we did a wee paddle around our quiet inlet, sprinted through some portages and tried to paddle through a small rapid, but couldn’t muster the energy move. Asleep at 10PM, we didn’t wake up until 10AM! 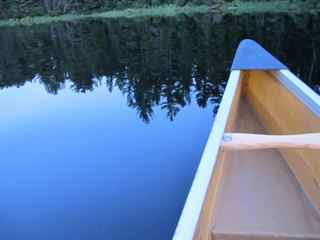 The next morning, we did a quick jog along a fire road; quick because the deer flies were buzzing and biting non-stop; however, hearing them pop between my fingers was exhilarating. Then, it was a refreshing run into the water. As we read by the fire, our new buddy chippy ate a pistachio nut directly from P’s hand. 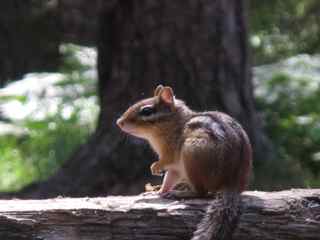 We paddled out to meet Morgan Grosklag, the Park’s operations manager, who would take us to the next cabin, McKaskill. Morgan turned out to be a gem of a person who ended up having an impromptu chat with us for more than an hour. He’s only one of eight employees who maintains the cabins, cuts and grooms portage routes and hauls out garbage throughout the backcountry from April to September. Then, he couldn’t hold back his love for the park. At 19 he was a land surveying student at Trent University and decided to join the summer intern program at Algonquin, his first backcountry experience. 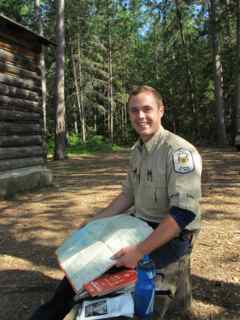 Growing up in the area, hunting and fishing were regular activities, but not canoeing. “Algonquin changed it for me… I was right into it from the get go. I remember seeing guys like 75 portaging and I thought, ‘I want to be like him.'”

After the internship, he fell in love with the canoe and became a canoe ranger, and dropped out of school. “I never regretted it.” He moved on from backcountry warden, to his current role that overseas all the other rangers as the operations leader. “I got lucky…I sometimes feel guilty talking about what I do. I love it.” And no amount of flashy city life can change his mind: “I like the vibe of Toronto but I would rather fight flies than fight traffic any day.”

McKaskill Cabin was about half the size of Kitty Lake, but it was also more intimate: along with the carvings in the logs, visitors had left more things such as mosquito coils, rope, even a can of split pea soup! It’s nice to see this because it means people are proud and feel a sense of ownership towards the cabins. 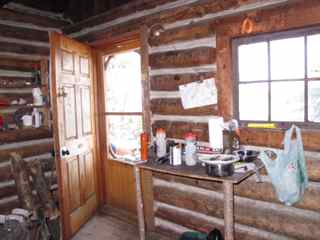 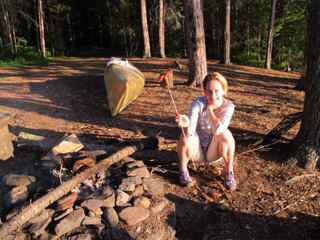 As the day ended, I fell asleep hearing loons on the lake. “I feel so patriotic hearing that sound,” says P. Indeed. And with that, feeling all proud of Canada, I will end with a song that begins with the sound of a loon from Canada’s finest, The Tragically Hip. 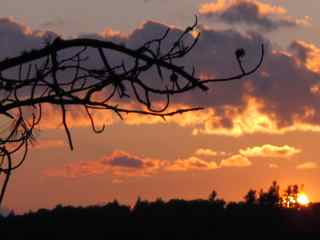